A few books into my 2016 reading list, I noticed – with understandable sadness – that my bookshelves lacked people of colour. Ironically, this epiphany came to me after reading three of Chimamanda Adichie’s novels in a one month stretch. Upon reflection, I realized that this year I read more books by people of colour then I have in the entirety of my life. I am proud at this new-found literary diversity, and I hope that my 2017 readings will be equally or even more diverse.

There are many advantages to diverse reading, but the most notable – at least for me – is being able to connect with characters on a far deeper level. I have nothing against white authors or white characters, of course. Many of the characters I love and respect are white and their developers are too. However, even though I was able to create an intimate bond with these other characters, I could never fully understand the world they lived in. Their experiences and circumstances were far removed from mine and even though many themes overlapped with my personal life, none of them ever fit exactly into mine like the final piece of a jigsaw puzzle.

The character that stuck with me the most this year was Ifemelu from Miss Adiche’s Americanah. Ifemelu’s conflicts in the book were quite similar to mine at the time. She struggled for education, against depression and to find her place in an academic world where black, immigrant voices are often silenced if they are too loud or too “controversial”. Even though I am not Nigerian, I still understood her background and her personal battles. I understood what it meant to have to learn to accept her natural hair and accept that being black was okay. I could have never made such a connection with white authors. It was a life-changing experience and a beautiful one. In that experience, when that connection was made, I collected my first hero. 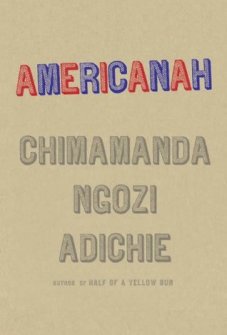 Reading about blackness from a foreigner’s point of view made me interested in the local perception of blackness. This curiosity grew strongest when the blood of black men splatted across social media and into online obituaries, newspaper headlines, opinion columns and blogs. 2016 was a year that threatened to crush the hopes and dreams of activists and the young black men and women of America. This sadness drew me in. The next book to capture my attention, therefore, was The New Jim Crow: Michelle Alexander’s attempt to explain how black men were being channelled into the underbelly of America where they would be forgotten, brutalized and victimized in a new caste system.

The book was a definite eye-opener. Ten years ago, I thought that America was a modern utopia where everyone lived behind white picket fences or upscale apartment blocks. I was corrected over time, but Alexander’s book made me realize just how naïve my initial perspectives of America were. I couldn’t imagine that in America – of all the places in the world – a system would rise from the ashes of Jim Crow to deliberately and legally disadvantage people of colour. The worst part about it is that the rest of the world seems willing to just stand by and let America continue to do this, which is ironic since America declares itself the “land of the free”. There are no boycotts or blacklists for America and that makes the story even sadder. Even though Alexander’s book focused mostly on the unique experiences of black men (she admits that black women and the LatinX community have different experiences under this system), it was still an astonishing read. She, too, became one of my heroes for daring to stand up and publish her findings for the world. 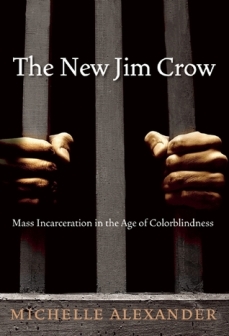 Alexander’s work opened pathways of curiosity for me and her work inadvertently lead me to delve deeper into the work of black journalists and vloggers like Shaun King and Kat Blaque. King and Blaque use their platforms to raise awareness and help people understand the gravity of America’s race problem. I was heartbroken when I watched their commentary after Trump won the 2016 elections and even more heartbroken when King’s investigation of the post-election violence confirmed Alexander’s words. Following them helped me discover other activists like Ta-Nehisi Coates who explained his position as a Black man living in America in his book Between the World and Me. This was another eye-opener. Even though Coates never went through the penal system, he was able to explain that ingrained fear that all black men have when they realize just how vulnerable they are in a world that simultaneously loves and hates them. Coates is aware of his body and very conscious that any decision he makes, wrong or right, could damage or destroy it. These three contributors became my new heroes and I keep my eyes open for them whenever I can. 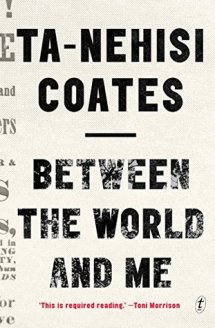 The final highlight of my year of diverse reading was my acceptance of the ‘feminist’ label. I have been following feminist bloggers like Laci Green and Franchesca Ramsey for over a year now. I love those two women and I love the fact that they introduced me to intersectional feminism (feminism that acknowledges the unique experiences of different women) very soon after I began my resarch. I learned one more important lesson about feminism this year. While devouring Miss Adichie’s work, I stumbled across Roxane Gay’s modified speech about one of her most famous essays: Bad Feminist. After watching her presentation and reading the essay for myself, I began to realize that, like all civil rights movements, feminism was flawed and imperfect. There is no shame in this imperfection; after all, we are all human and we are bound to be imperfect. Bad Feminist made me realize that it was okay to make mistakes along the path to feminism, but when we as women can accept this label, it can be a beautiful thing.

Gay became my final hero because of this initial essay, but when I read through her other writing, just like I connected with Ifemelu, I began to connect with Gay’s persona. I realized that it was okay to be a plus-sized, black bookdragon with a passion for writing. It was okay to love strange books and to run away from the world to discover yourself. All of that, I realized, is a part of the human experience and as a human, even as a woman, I’m bound to mess up at some point. However, it’s my duty to get back on my feet, dust myself off and continue forward. I love Miss Gay for that and I can thank her for helping me to discover my own brand of bravery. 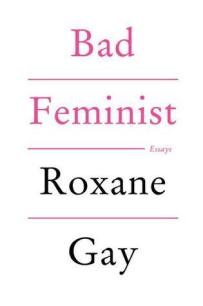 In all, my 2016 readings helped me cope with this horrible year. I had my ups and downs and heartaches like everyone else, but reading helped me get through it. 2016 helped me to appreciate my life and the many opportunities I have at my disposal. It made me check my privilege and become more empathic through my readings. I enjoyed 2016 as much as I absolutely hated it to the core. And though I will be saying goodbye to it in a few minutes, I hope that my reading will be as diverse and as beautiful as it was this year. See you in few, 2017. I, too, am eager to meet you.